About The Property Ombudsman Scheme 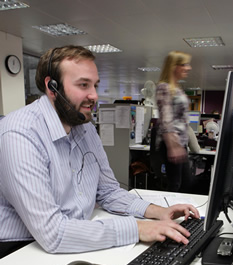 The Ombudsman’s resolutions are designed to achieve a full and final settlement of the dispute and all claims made by either party. The Ombudsman can, where appropriate, make compensatory awards in individual cases up to a maximum of £25,000 for actual and quantifiable loss and/or for aggravation, distress and/or inconvenience caused by the actions of an agent.

TPO is a not-for-profit independent company.  Its unitary Board has 9 Non-Executive Directors, including its independent Chair, Baroness Diana Warwick.

The Board appoints the Ombudsman, sets the Terms of Reference for the scheme and has responsibility for raising sufficient funds for the administration and functioning of the scheme.  The Board has no role in the discharge of the Ombudsman's duties or decisions.

TPO is a government-approved scheme to provide independent redress in relation to disputes between consumers and property agents.

Statistics and commentary for each of TPO’s approval from the Department for Levelling up Housing and Communities, the Chartered Trading Standards Institute and the National Trading Standards Estate and Letting Agency Team, can be found here.

The Ombudsman provides redress, where appropriate, to consumers whose complaints are considered on a case-by-case basis.

The Ombudsman is not a regulator and does not have the authority to take regulatory or legal action against an agent, impose fines or dictate the way agents conduct their business.

The Property Ombudsman is approved by Chartered Trading Standards Institute under the Alternative Dispute Resolution for Consumer Disputes (Competent Authorities and Information) Regulations 2015.

A list of ADR schemes approved by CTSI covering a wide range of business sectors can be found here.